Kundalini is a Sanskrit term meaning “coiled”, one who is shaped like a serpent.
Kundalini is a form of latent bioenergy in the human body, concentrated at the base of the spine, located in the region of the genital organs, transmitters of life and strength.
According to DeRose, the Kundalini is “dormant” like a fire serpent, coiled 3 1/2 times, in the múládhára chakra, the power center we all possess near the base of the spine and genitals.
While Kundalini is dormant, it is like a frozen flame, a still fire. Once awakened, she is so powerful that Hinduism considers her a goddess, the Divine Mother, the Universal Shakti.

DeRose further tells us that “in fact, everything depends on it according to its degree of activity – the tendency of Man to verticality, the health of the body, the paranormal powers, the inner illumination which snatches him from his condition of a human mammal and catapults him in a single lifetime to the goal of evolution without waiting for the fatalism of other possible existences.”

Kundalini is defined as a physical energy, of nervous nature and sexual manifestation. When aroused, it is conducted by the central nervous system to the brain. In this alchemical process of transmutation, intelligence, creativity, perceptions and expanded states of consciousness are exacerbated. With Kundalini awakening not only transcendent visions take place. There also occurs the development of creative intelligence and the awakening of supernatural faculties. 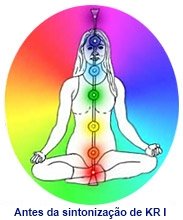 At the first level attunement, the body’s main energy channel (the shushumna) and major energy centers (chakras) are cleansed and opened to enable the channeling of Reiki energy. At the same time, the initiate is prepared for Kundalini awakening in the second level of Kundalini Reiki.

The crown, heart and hand chakras are opened and strengthened. At this level, the future therapist is taught to perform a full healing treatment as well as remote healing from a distance. Kundalini Reiki I is equivalent to the attunement of the 3 levels of Reiki Usui.

After being attuned to this level, the therapist will be able to give Reiki treatments to themselves and others although they cannot yet do so in combination with Kundalini energy.

This attunement will continue to open the shushumna and the chakras even more deeply, and most particularly the third sight chakra.

After being attuned to this level, the therapist can already combine the energies of Kundalini and Reiki but only in case of self-treatment.

In level III attunement, the previous attunements are strengthened, the heart chakra continues to expand as well as the shushumna.

At this level, the therapist is able to initiate other therapists on all 3 levels and a set of useful and powerful new energies are installed in the initiate.