The effects of negative news

The effects of reading negative news are pernicious when it comes to spiritual evolution. 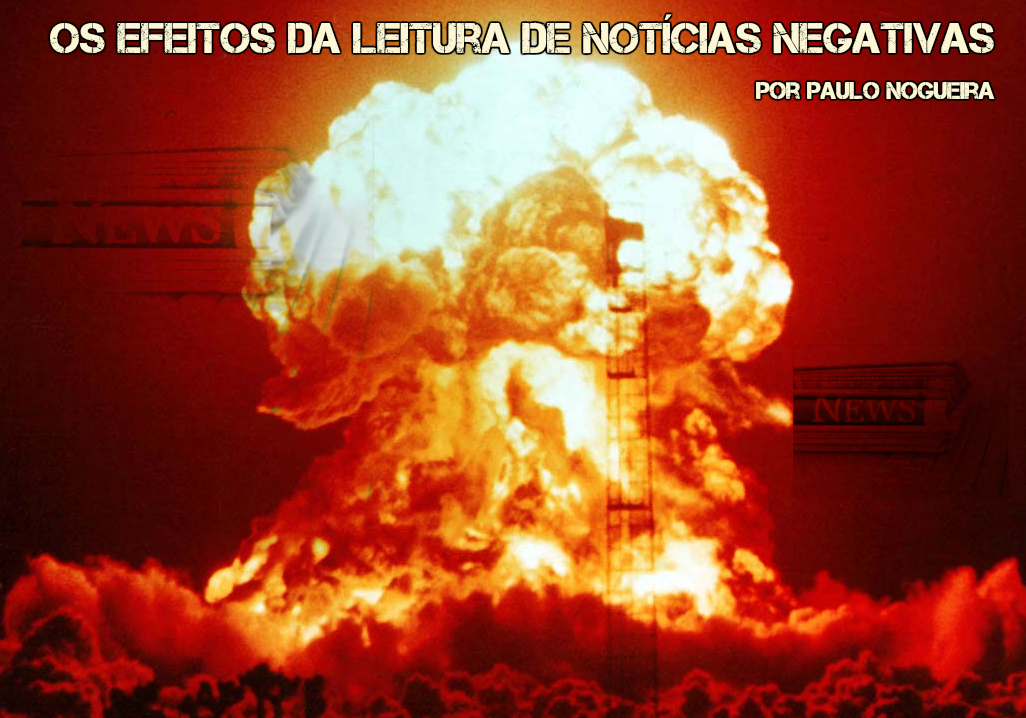 The avid desire for negativity on the part of a significant portion of the population, unaware of the consequences of the Law of Tuning, is fueled by the media that seeks to cause maximum impact on the public in order to achieve maximum profit from the revenues of newspapers, magazines and online accesses to maximize the advertising profits achieved with the banners of advertisers.

The pretext of the need to keep up to date on what happens in the world serves as a cover when it comes to reading news about negative facts that do nothing but depress, enrage, embarrass or frighten people causing them to vibrate at negative frequencies.

Thus, when reading news of tragedies, they create negative mental images with their personal character of interpretation. These thought forms that are born of these minds will join others of a similar nature who are interested in the fact reported in the news and will also be responsible for attracting incarnated and disembodied spirits that vibrate in the same wave.

Thus, the person who feeds on negative news, who goes through the section of crimes that some less ethical and more populist media make a point of putting in bottle letters in extremely flashy colors on the covers of newspapers, are attracting to themselves the similar thought forms that will shape their aura as well as attract spirits that are finized with the reader’s negative reaction to that news.

The spirit André Luiz in the book Mechanisms of Mediumship psychographed by Chico Xavier explains this fact when reporting:

“And sometimes similar conjugations of unbalanced waves culminate in great public crimes, in which spirits incarnated, in dismay, by the sick ideas that exchange among themselves, anticipate the manifestations of human justice, performing acts of extreme ferocity, in frank cannibalism, attacked by collective madness, to later respond to the silent arsons of the Divine Law, each to the extent of their own collaboration, with regard to the extent of evil.”

Since humanity, while having reached a high technological level, is still at a very childish level on a moral level, negative news about murders, rapes, corruption scandals, war in Middle Eastern and African countries, natural disasters, restrictions of individual freedoms with political changes in some countries as well as emotional exploitation of personal tragedies constitute, of course, those who receive the most attention given that a large mass of population still vibrates in negative conscientious patterns and needs to be nourished with the daily dose of negativity similar to the drug addict who is addicted to his favorite drug as if it were a natural biological need for food or sleep.

We should be aware that when we consume negative news, we are producing negative images in our minds that are flooding our aura as well as contributing to the set of thought-forms and negative-feeling forms that constitute the Umbral of planet Earth.